WHY AM I STILL ME?

Sometimes a simple song is worth more than a thousand words. 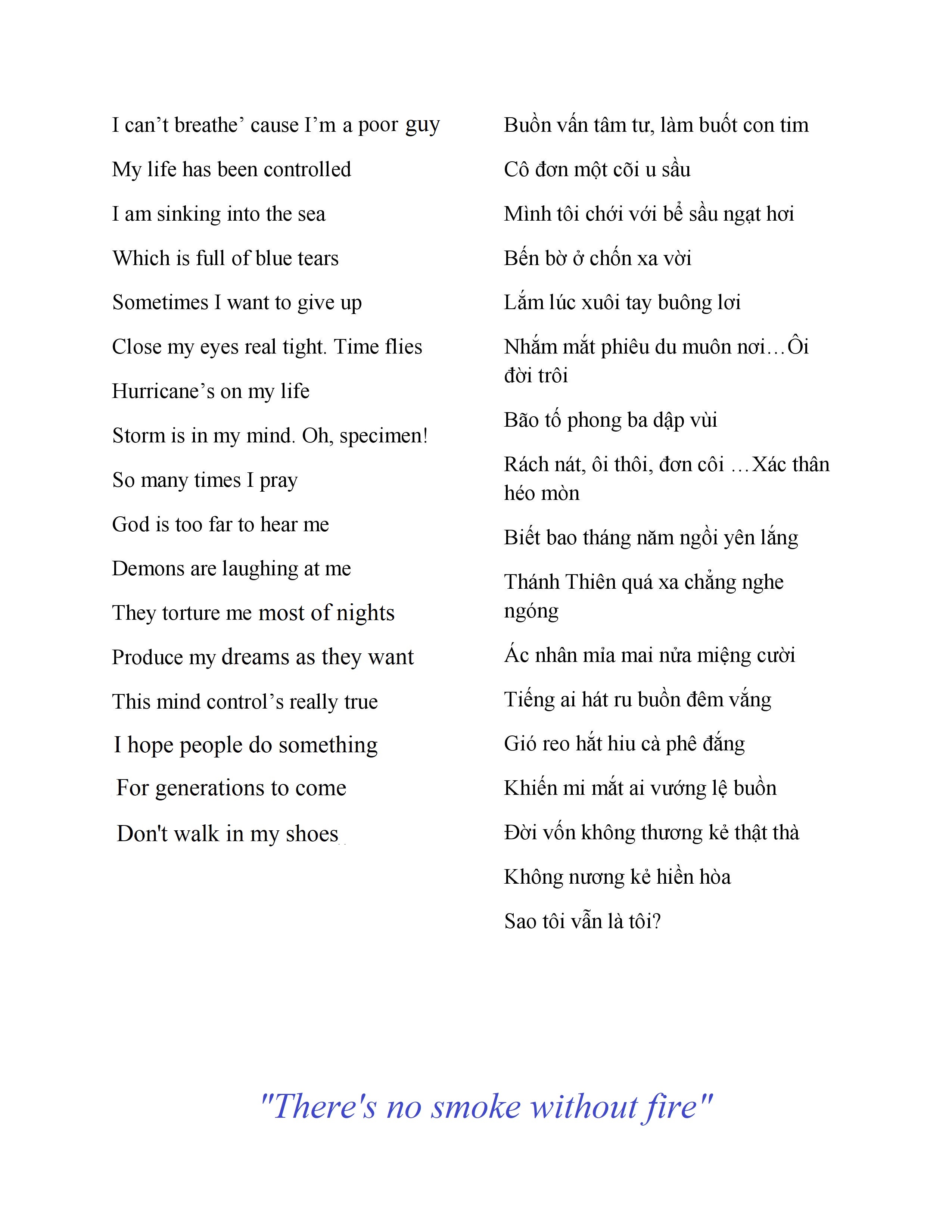 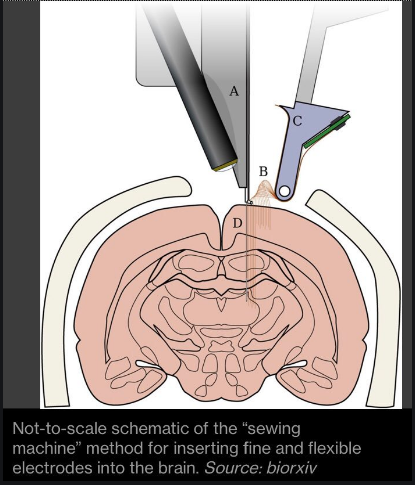 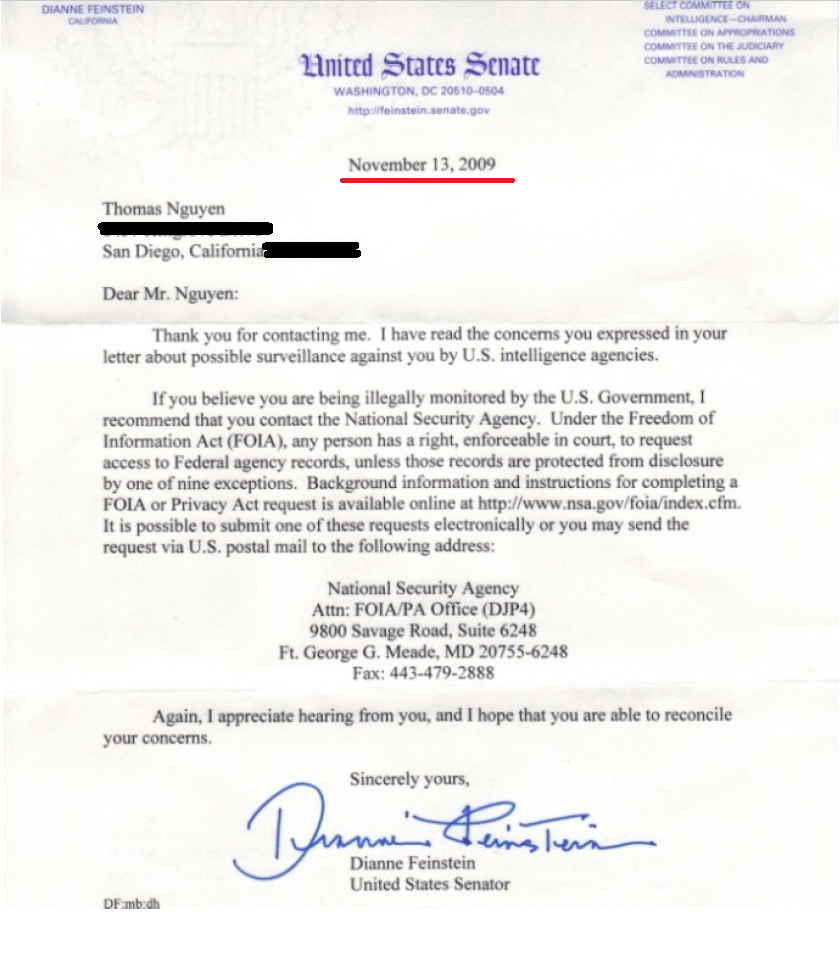 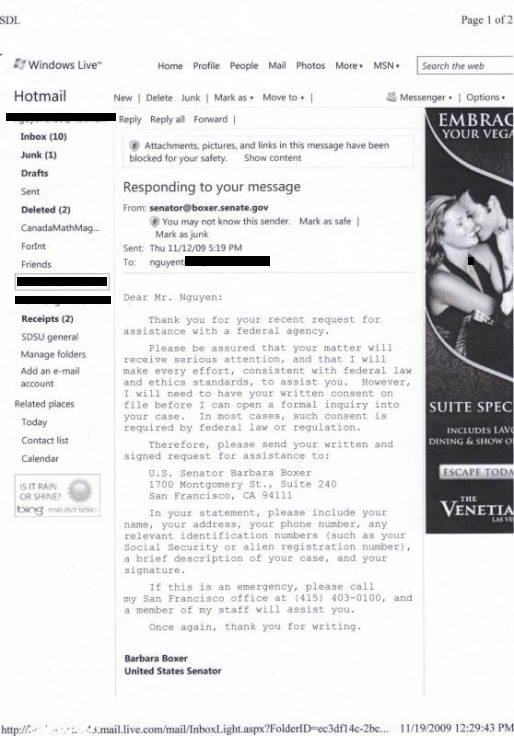 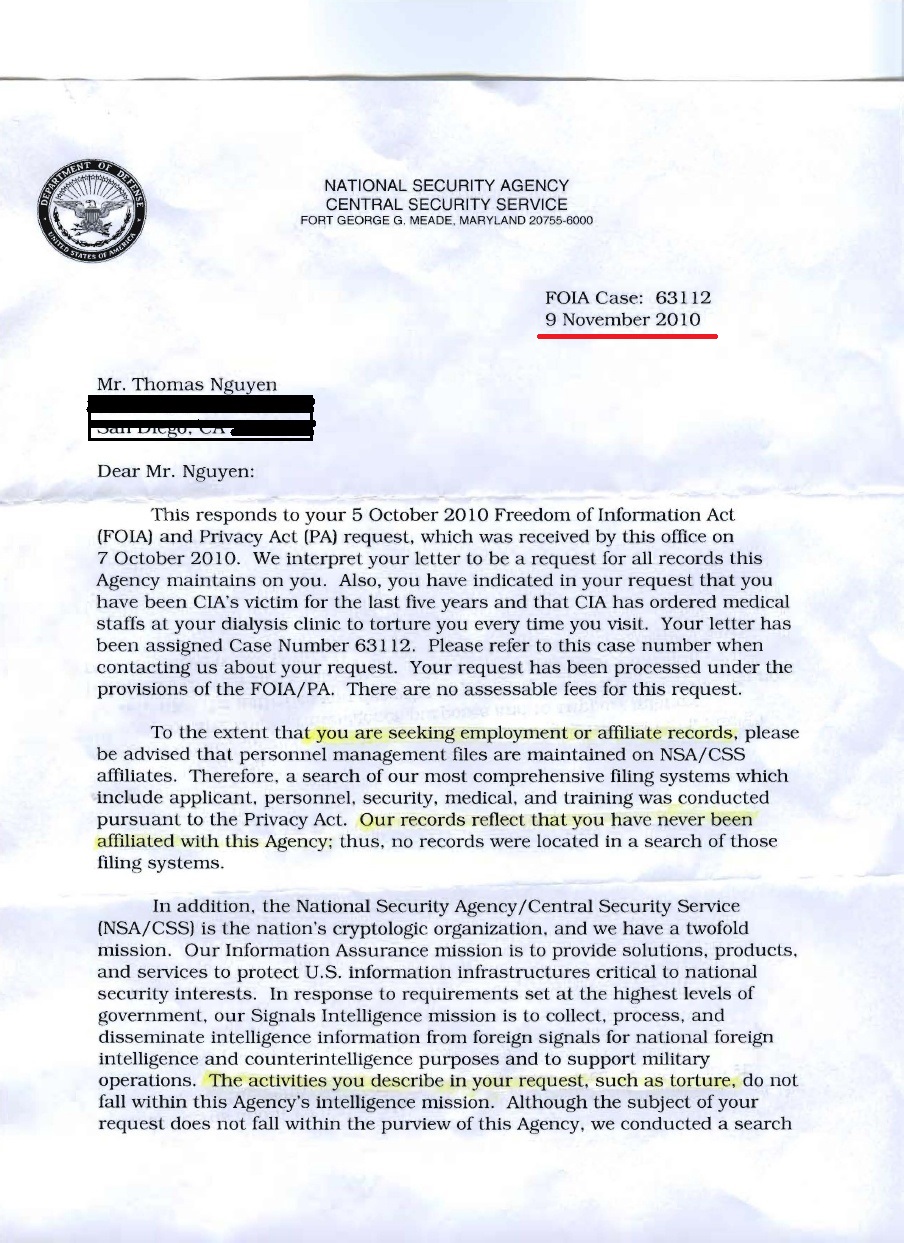 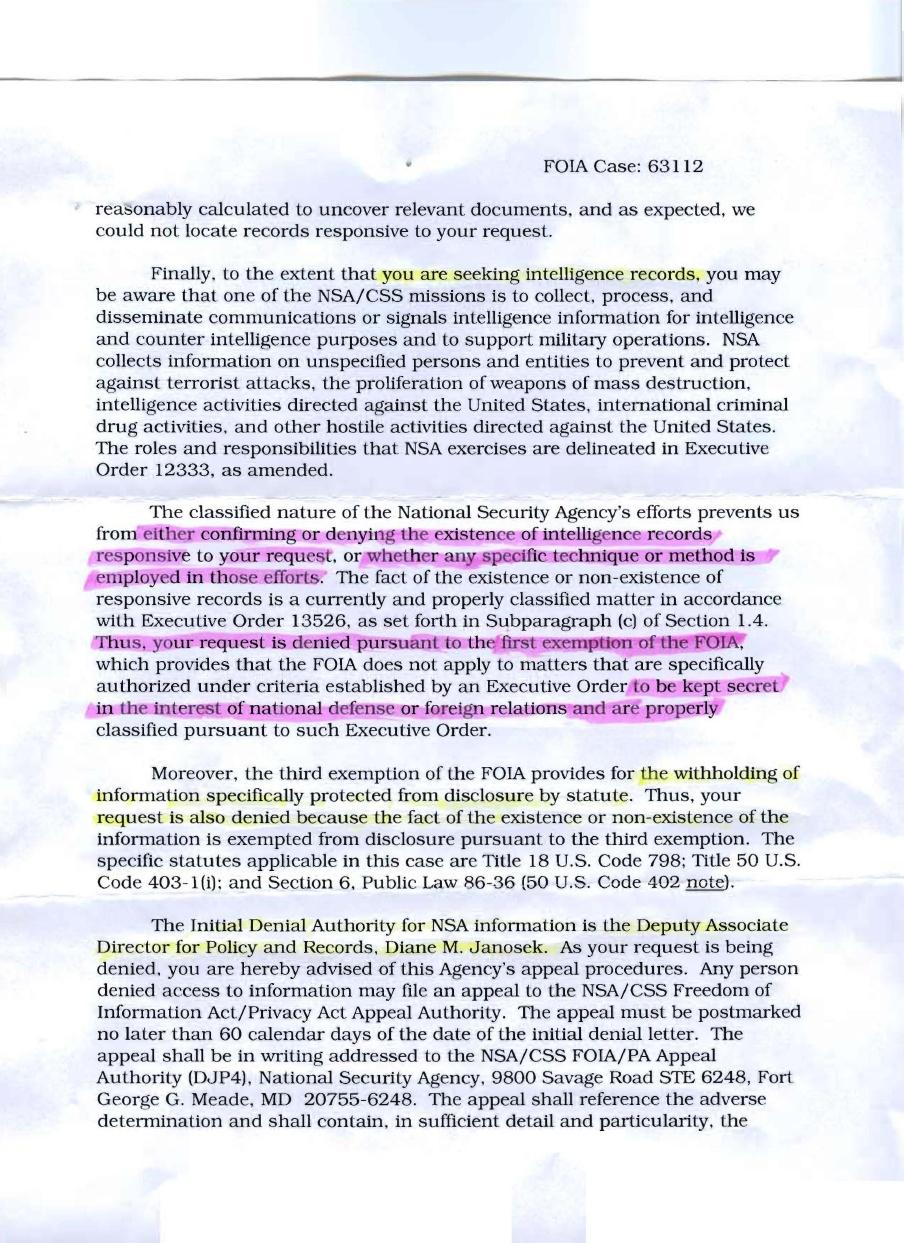 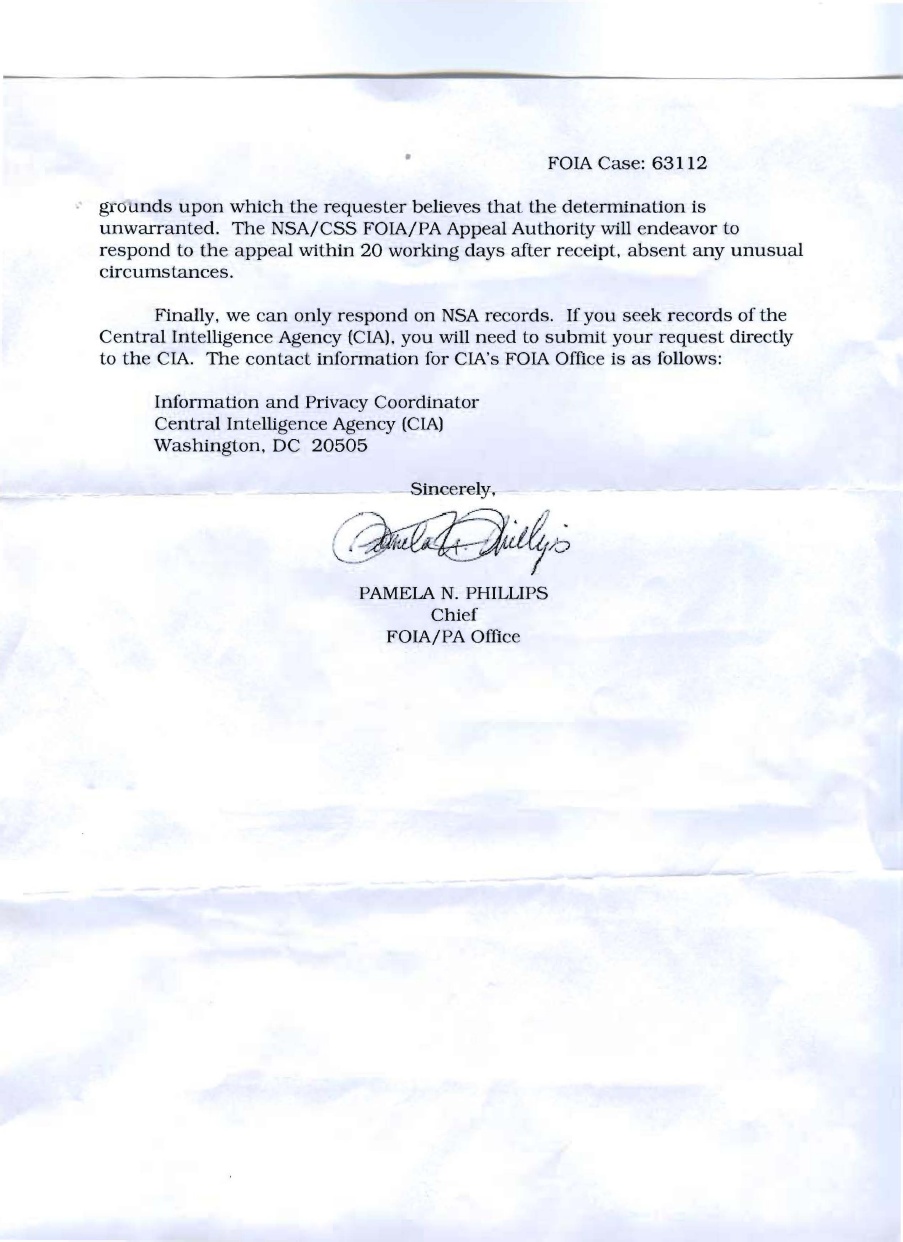 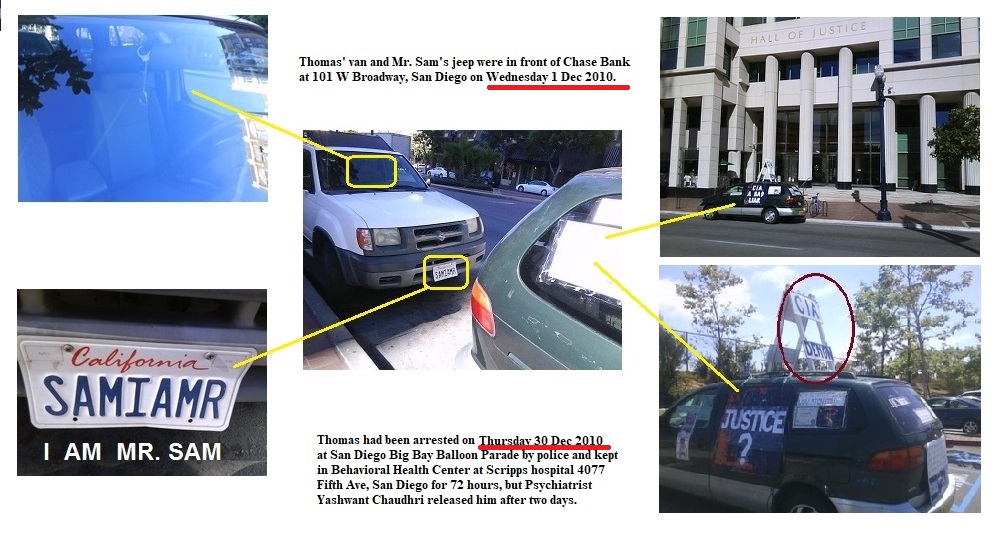 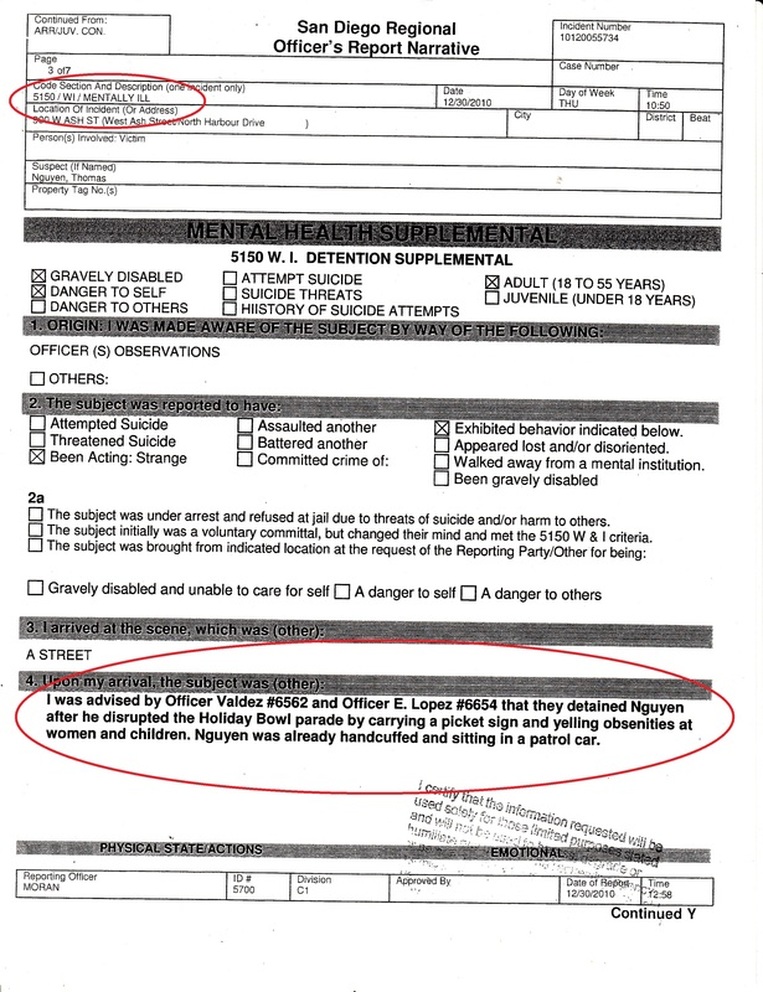 ACLU had a comment about the unlawful action of the police. Here is an excerpt from the cover story "Tuan's Paradoxes" of San Diego City Beat magazine (published on Wed 27 April 2011). 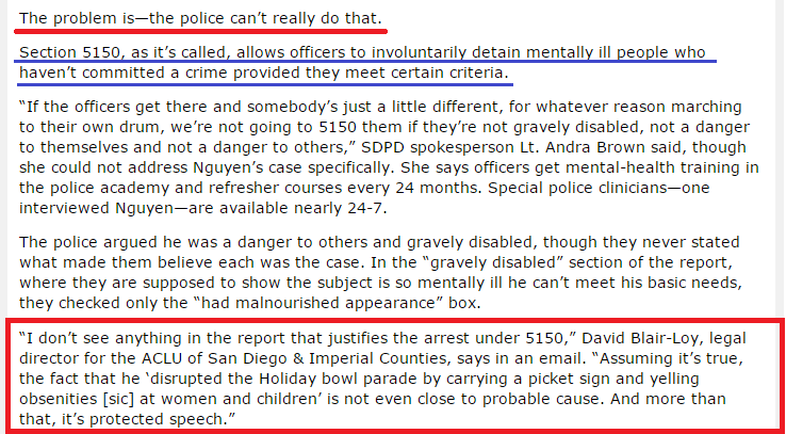 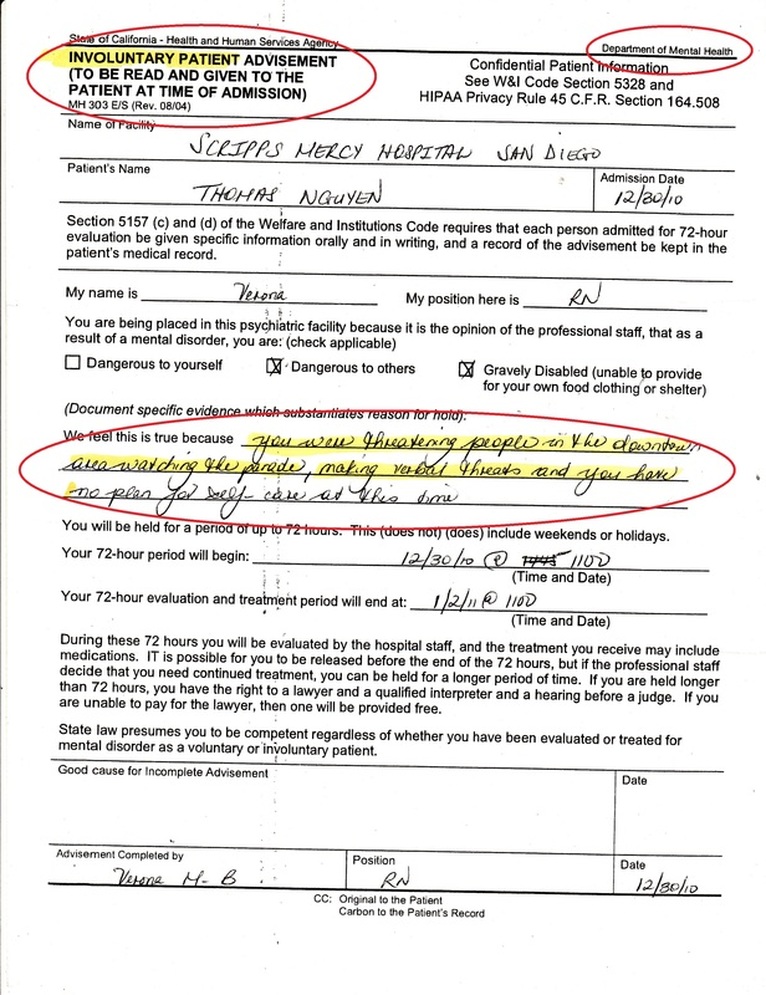 "A lie can hide the truth, but it can't change the truth" - Sonya Parker 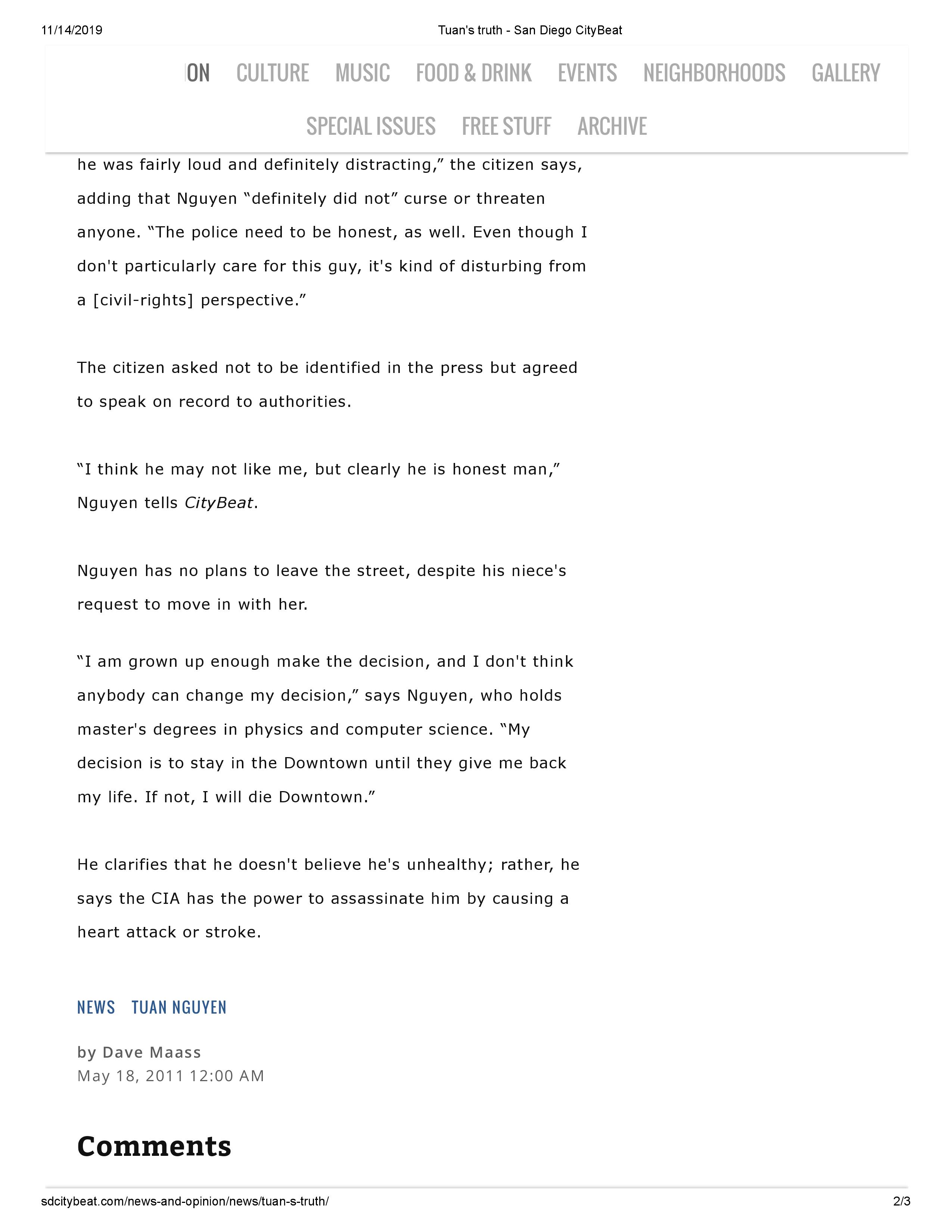 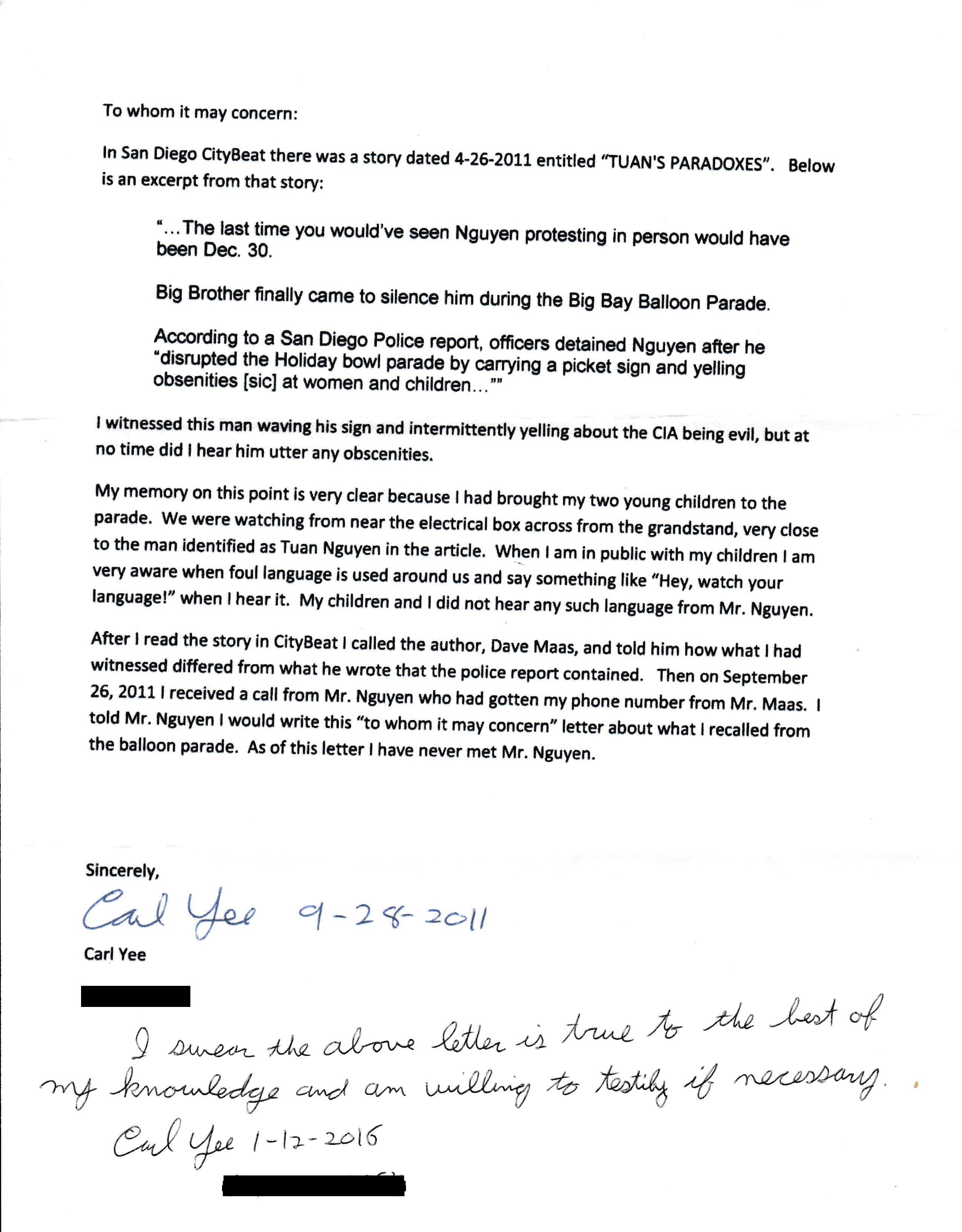 "The worst form of injustice is pretended justice" - Plato 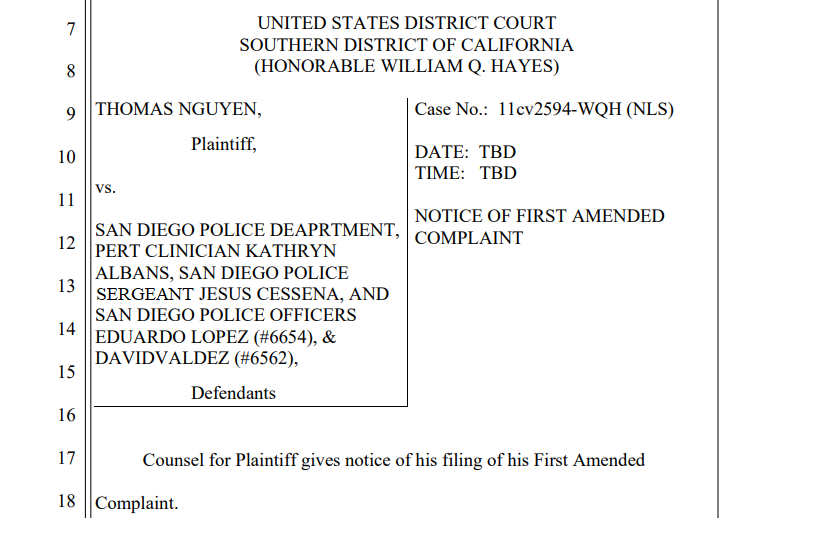 In trial court, San Diego City sent a team of attorneys, lead by attorney Timothy C. Stutler and three fake witnesses to protect SDPD. There was no trial JURY. On Thomas' side, there was only him. His assigned pro bono lawyer Robert H. Rexrode actually worked for US District Court. Robert did not invite the important witness: Mr. Carl Yee. SDPD won the case. The Ninth Circuit Court and US Supreme Court denied Thomas' petition for appeal and petition for a writ of certiorari. 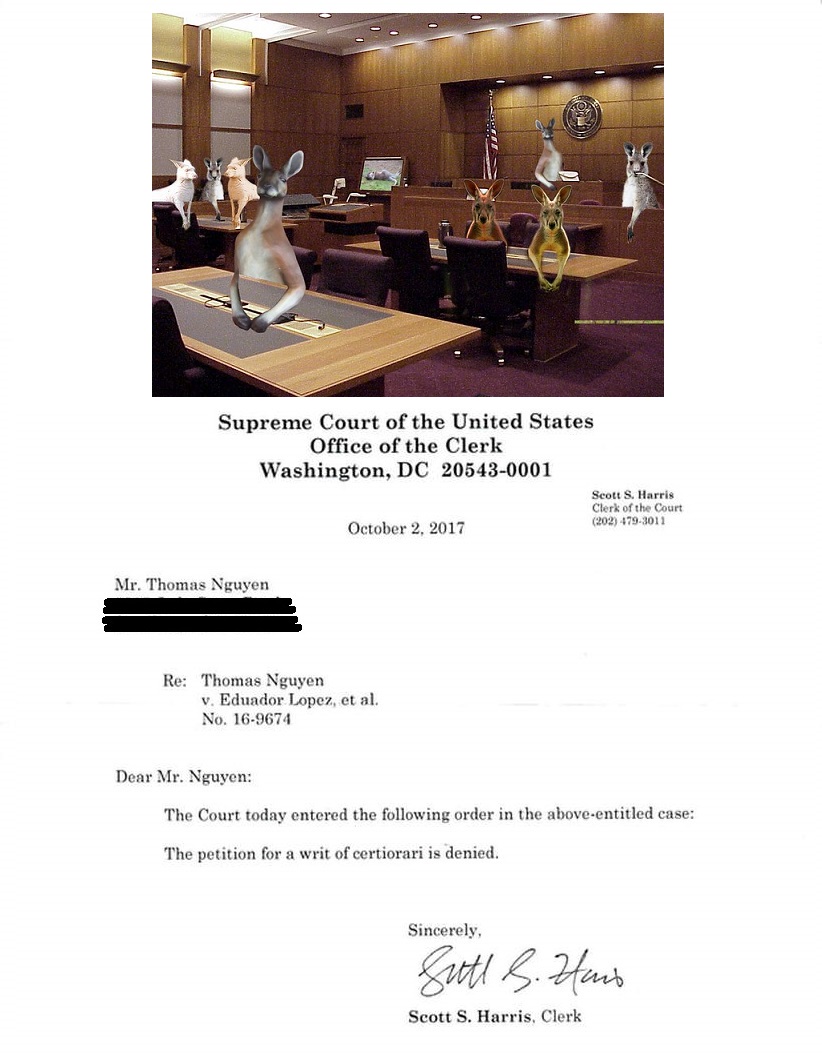 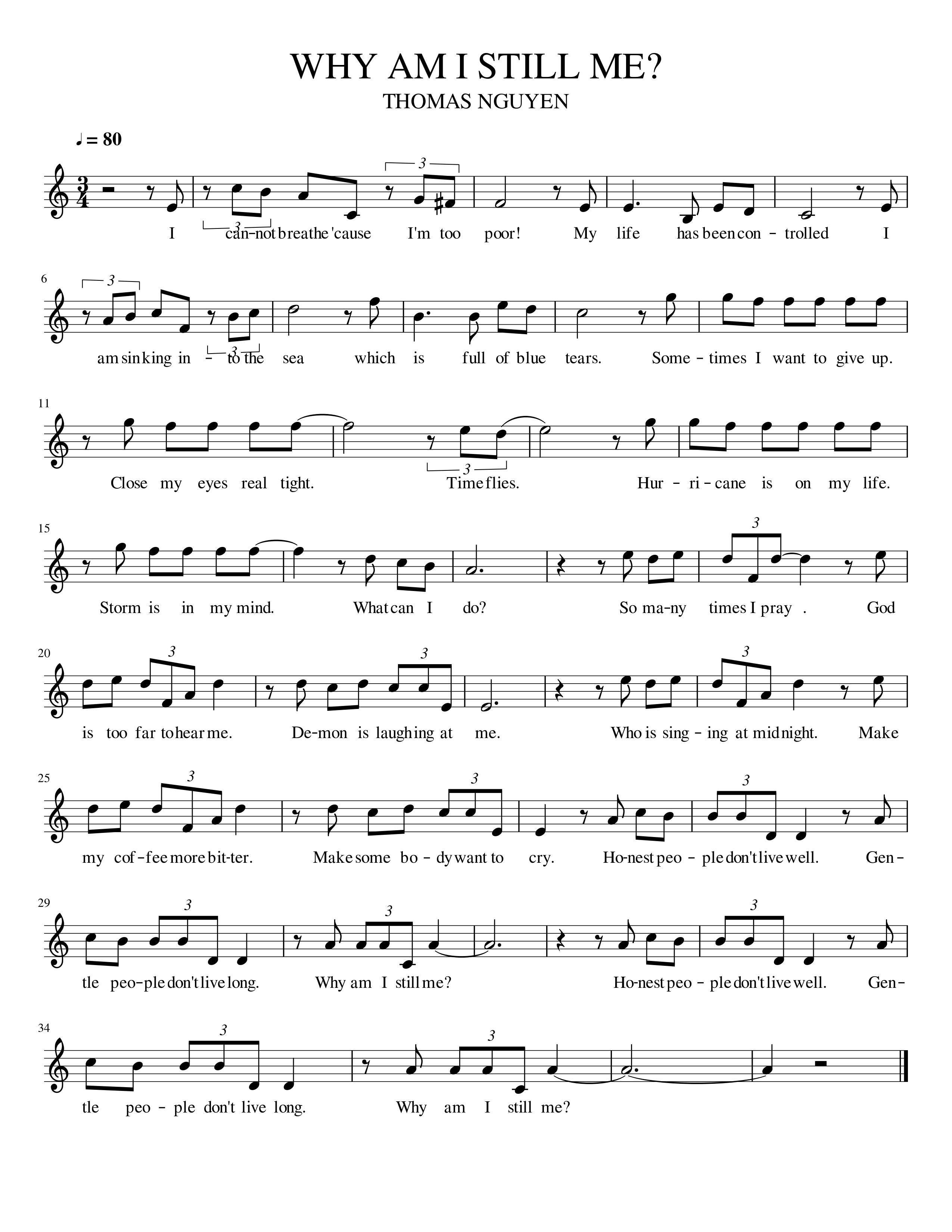 Update (2020): Thomas has been surviving for last ten years with a lot of struggle. His life is in big brothers' hands. He doesn't know how long they let him breath.